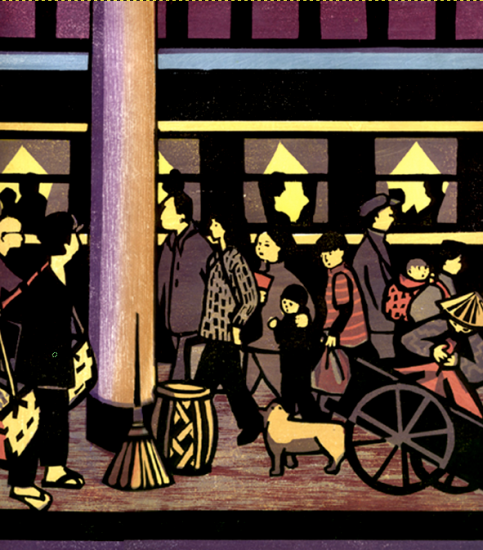 I cut the blocks for this print several years before doing the edition in 2003. There are several un-numbered prints from immediately after cutting the blocks which had cooler colors. I was not satisfied with the paper I was using at that time and later printed the edition on Yamaguchi Hosho.

Once in a Station in China was cut from seven blocks of basswood plywood, one block of lauan and one block of Douglas fir.